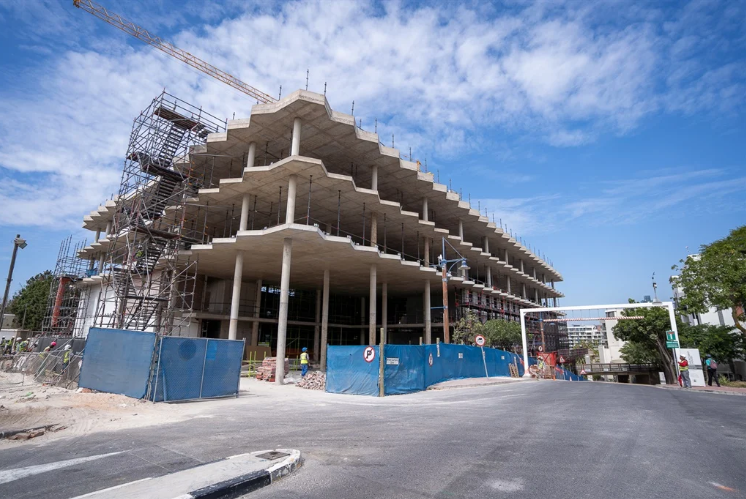 Construction should be declared an essential service, alongside the likes of food manufacturing and water provision, that industry has told government.

If that idea doesn’t work, the industry has strongly lobbied for at least some existing building sites being reopened, with the standard new precautions to prevent the spread of the coronavirus, such as physical distancing and regular temperature checks for workers.

But ideally, from 1 May, the building business would like to return to normal operation, complete with the commissioning of new buildings.

See also: Workers to return in batches of one third: what we know about SA’s reopening plan

If not, it has told the government, healthcare workers are among those who could be put at risk.

“It is important to mitigate the public safety risks associated with unattended construction sites, including damage from weather related incidents, security costs, break-in damage, plant maintenance and stock loss,” the industry said in a presentation central to its lobbying efforts.

“Furthermore the issue of single lane unfinished roads which had been halted due to the lockdown without road safety management, continue to be a safety hazard to road users, especially other essential healthcare workers who may need to use such roads to travel between home and work.”

On Thursday night President Cyril Ramaphosa announced that SA would move to Level 4 of a five-level system of restrictions on 1 May, bringing some parts of the economy back online.

Industry sectors will now have the chance to argue at what level of restriction they should be allowed to operate again.

See also: Workers to return in batches of one third: what we know about SA’s reopening plan

Construction companies have argued that building sites are closed to the public, and those who work there are used to following safety procedures, so adding anti-viral measures such as hand cleaning presents fewer problems than for other industries.

The construction industry has also alluded to its already perilous state in South Africa, and the “potential litigation issues” that come with Covid-19, such as when major projects are not completed on time due to lockdown.

The decision to allow mines to restart at 50% of their capacity already “has given construction sector confidence in the government’s appreciation of a need to ensure that economy driving sectors are back to operation as soon as it is practically possible to do so,” industry bodies said in their presentation.

In a self-reporting survey that is informing government policy-making on lifting restrictions, construction companies said a continued lockdown may see them retrench up to 40% of their workforce, and that a similar proportion of small businesses in the sector are likely to close.

But government’s “risk-adjusted strategy for economic activity” classes construction as among the last industries that will return to work, when conditions allow.

Under the draft plan construction and maintenance for the SA National Roads Agency (Sanral) would resume at Level 3, when takeaway restaurants are also allowed to reopen.

But the rest of the construction industry would follow only at Level 2, when all industries and retailers are allowed to operate.

Ramaphosa said industry bodies would have the opportunity to make submissions after various ministers spell out what the five-level approach would mean for different industries, before new regulations are gazetted.